The Sacred Heart Seminary was founded on June 1, 1944 by the late Most Reverend Manuel Mascariňas, DD, the first bishop of Palo, a few months before the end of the Second World War. The building that was supposed to serve as the first seminary was the Tacloban Catholic Institute, later known as Divine Word University. However, one month or so before the seminary was to be opened on June 1944, the building was taken over by the Japanese Imperial Army. The opening went on as scheduled but it was held at the Holy Infant Academy in Tacloban. The seminarians would be housed there until February, 1945.

The first administrators were the Divine Word Missionary Fathers, also known as the SVD fathers, who took the reins as administrators until 1969. Originally named Regina Pacis Seminary, the seminary was given its present name on July 28, 1946 by the Apostolic Delegate, Most Reverend William Piani.

In February, 1945, barely four months after the forces of General Douglas MacArthur landed at Leyte Gulf, the seminarians were temporarily lodged at the Tacloban Catholic Institute prior to their transfer to an old but big and spacious convent in Tanauan. The seminarians arrived at the old Tanauan convent on June 25, 1945, which served as their third sanctuary after the Holy Infant Academy and Tacloban Catholic Institute. On July 2, 1945, the School Year 1945-1946 was officially opened by Most Rev. Manuel Mascariňas, Bishop of Palo. On July 1, 1947, the Bureau of Private Schools approved the high school curriculum. Official recognition came two years later in 1949. The official recognition of the college curriculum was given in 1953. The seminarians stayed in the seminary in Tanauan for eleven memorable years.

The Sacred Heart Seminary acquired its present place, a 24-hectare lot in Palo purchased by the late Bishop of Palo, Most Reverend Lino Gonzaga. Although the corner stone was laid sometime in 1945, the actual construction only began four years later on February 17, 1949. In May, 1956, the new building was ready to be occupied. Finally, on June 11, 1956, classes were held for the first time in Palo.

In 1986, in response to the growing number of High School graduates from ordinary private and public High Schools, College students, and even college graduates, who express their intention of entering the seminary, the Administration decided to open the Pre-College Department. It was observed that seminarians coming from outside schools could not insert themselves easily into the mainstream of seminary life. Particularly they noticed the students’ difficulty of learning certain subjects, like Latin and theology subjects. The Pre-College Program is designed to meet these difficulties.

In more than five decades of existence, the Sacred Heart Seminary has already turned out more than two hundred priests who are now ministering the spiritual needs of the people in the Archdiocese of Palo and in the dioceses of Naval, Borongan, Calbayog, Catarman, and Maasin. The seminary likewise stands proud of eight of her beloved sons who were elevated to the episcopacy: Most Rev. Salvador T. Modesto, Most Rev. Filomeno Bactol, Most Rev. Leonardo Medroso, Most Rev. Nereo Ochidmar, Most Rev. Nolly Buco, Most Rev. Marvin Maceda, Most Rev. Oscar Florencio, and Most Rev. Rex Ramirez.

On September 12-16, 1994, the seminary marked its Golden Jubilee celebration. After all these years, the Sacred Heart Seminary remains true to her task of forming young men to the priesthood – forming their hearts to be like the heart of Christ. Cor sacerdotis dor Christi.

As we journey towards an integral formation according to the heart of Christ, we commit to;

A community of Christian disciples united in faith, hope and love, effectively supporting one another towards an integral formation according to the heart of Christ in order to bring diocesan priests who are ipse Christus into the Archdiocese of Palo.

To review and renew systems and structures which will be relevant to the formation of committed and Christ-centered Diocesan Priests for the Archdiocese of Palo. 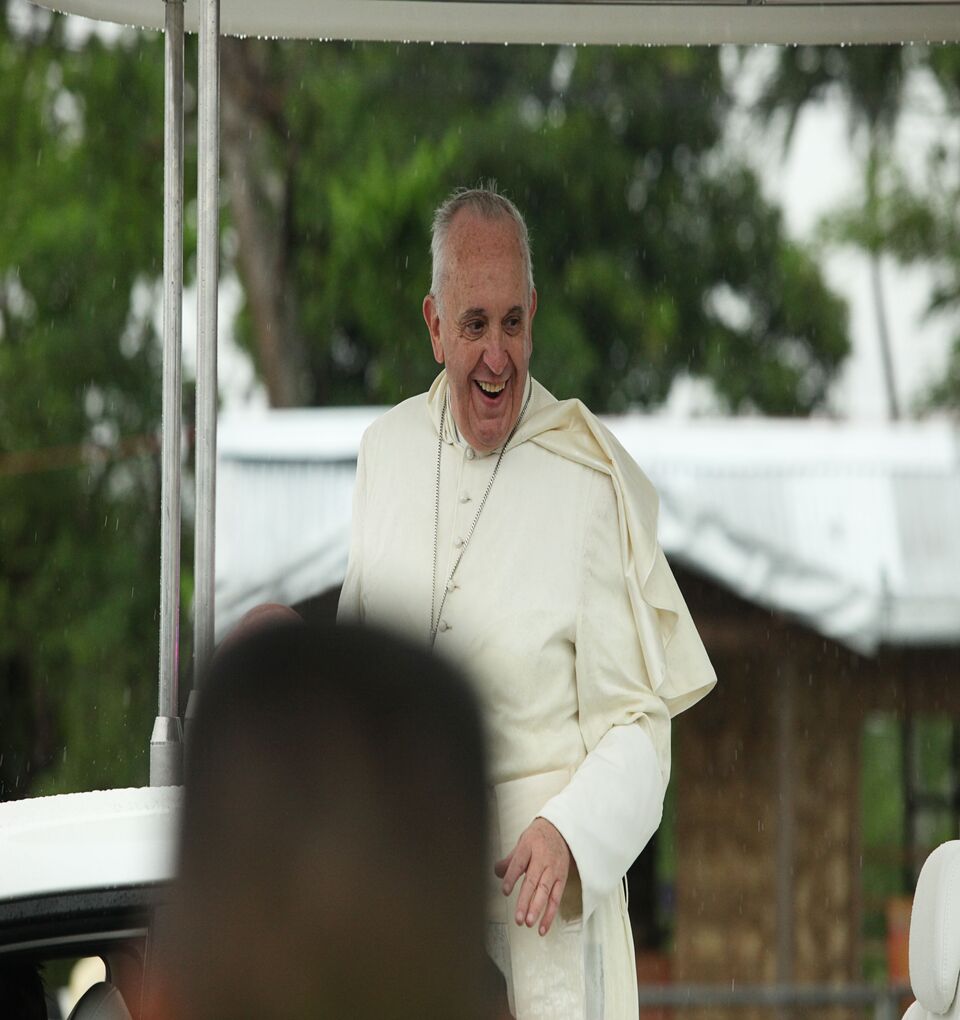 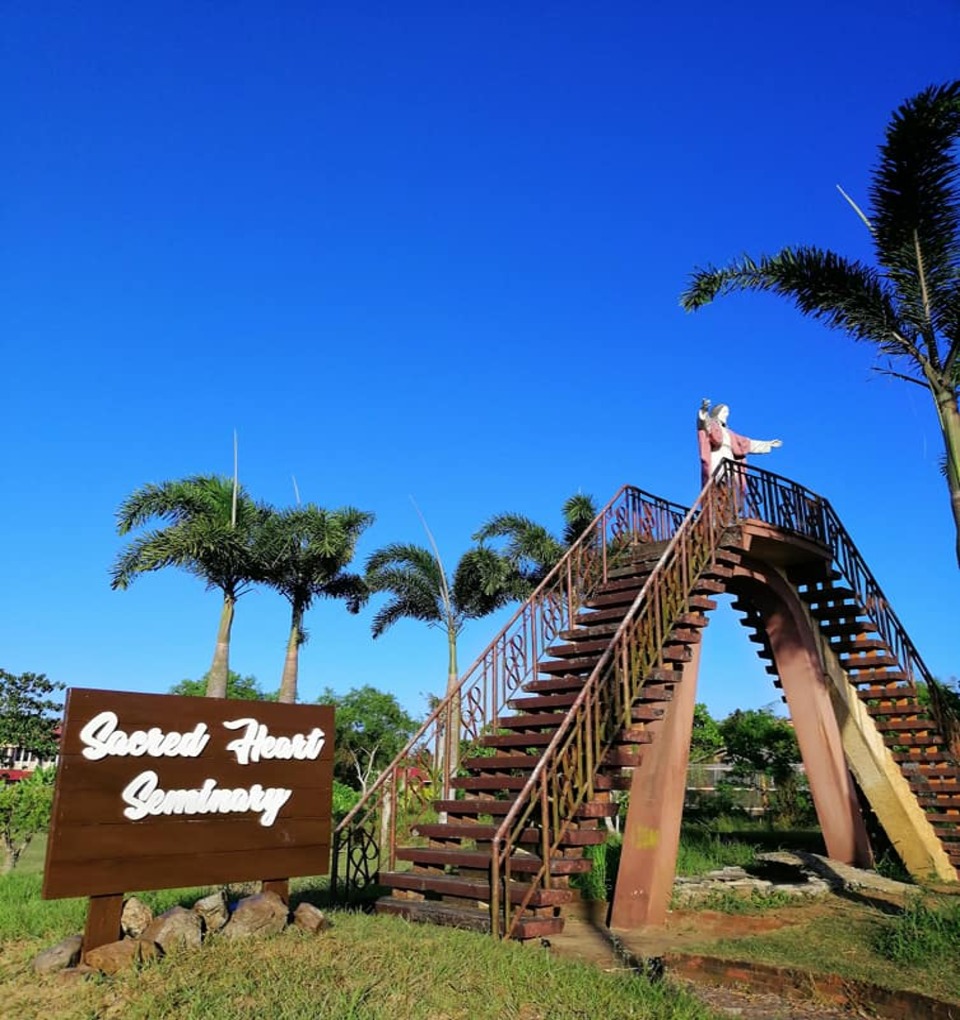 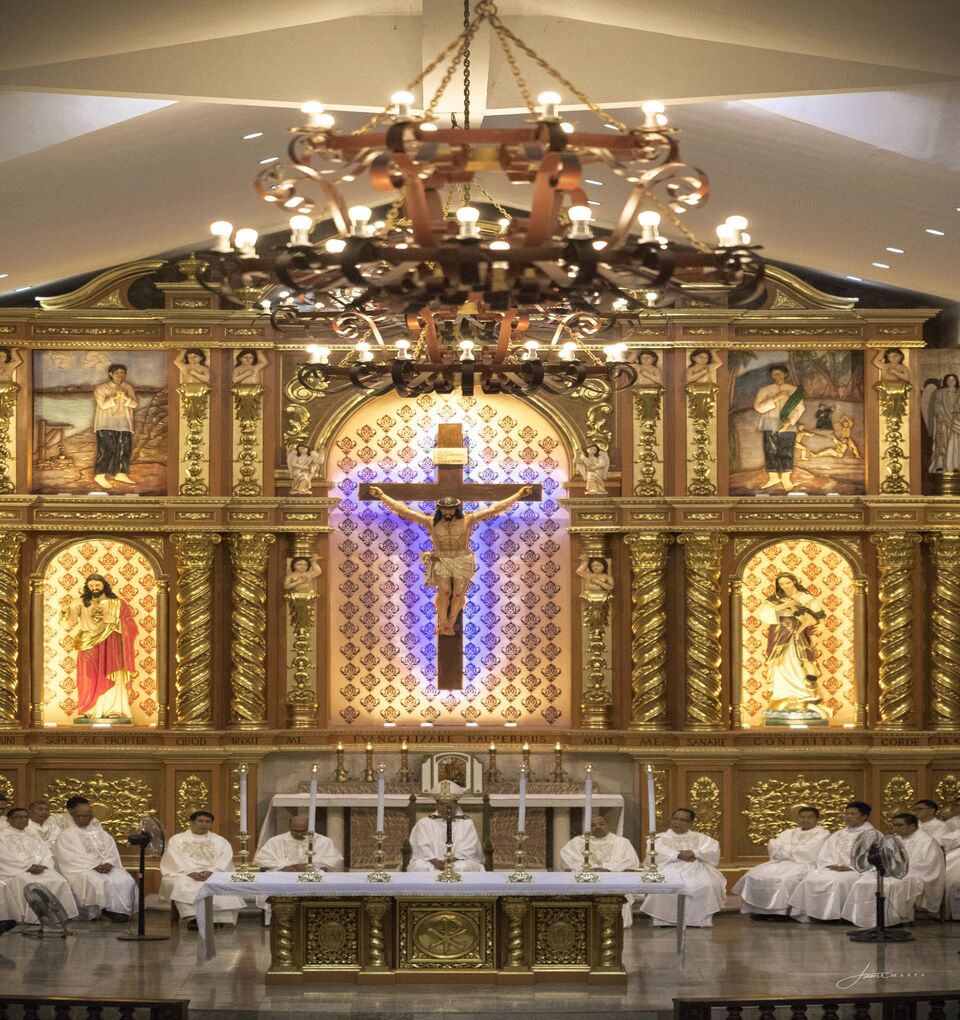 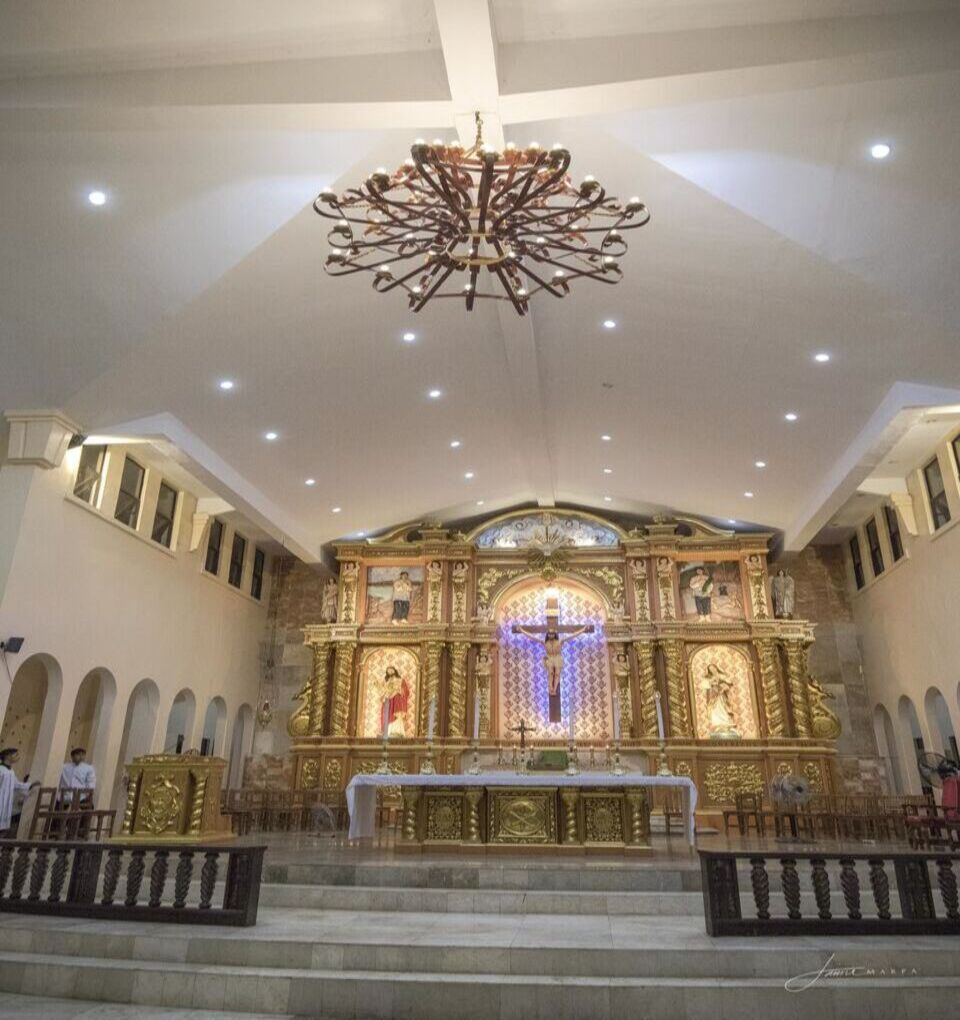 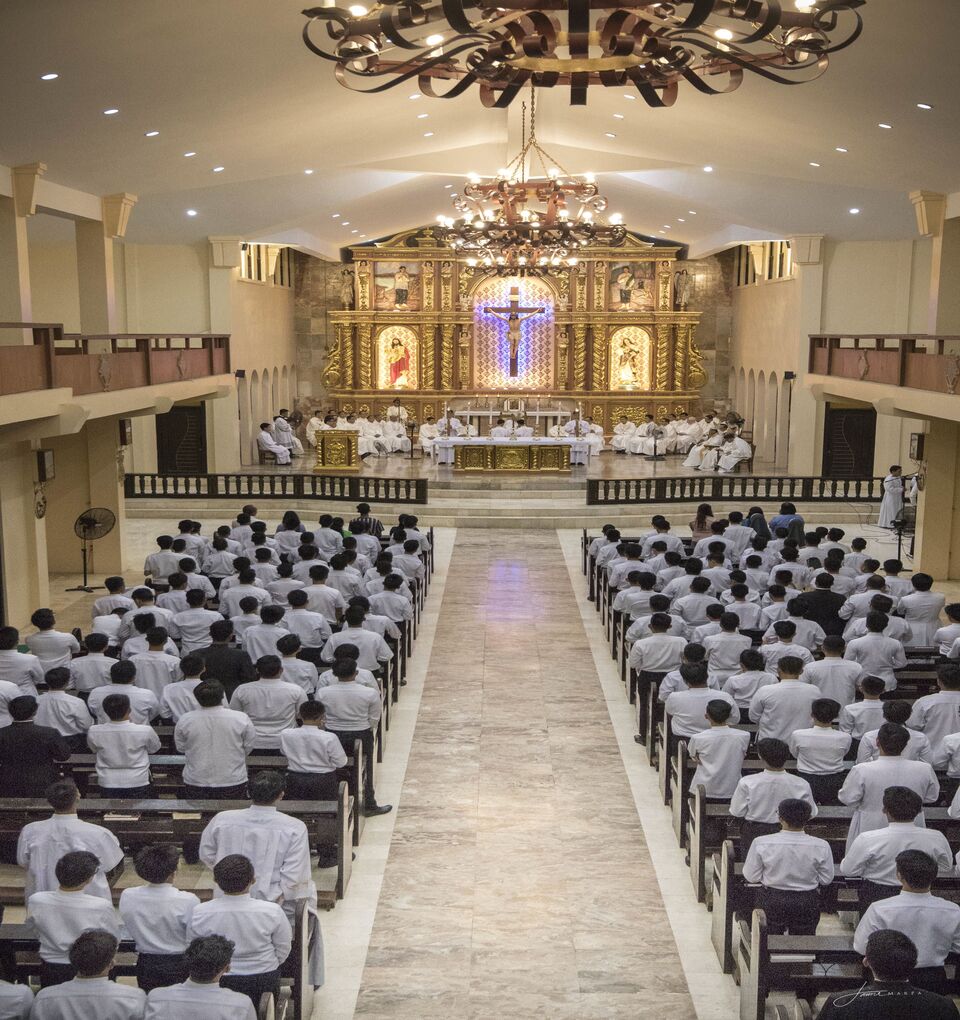 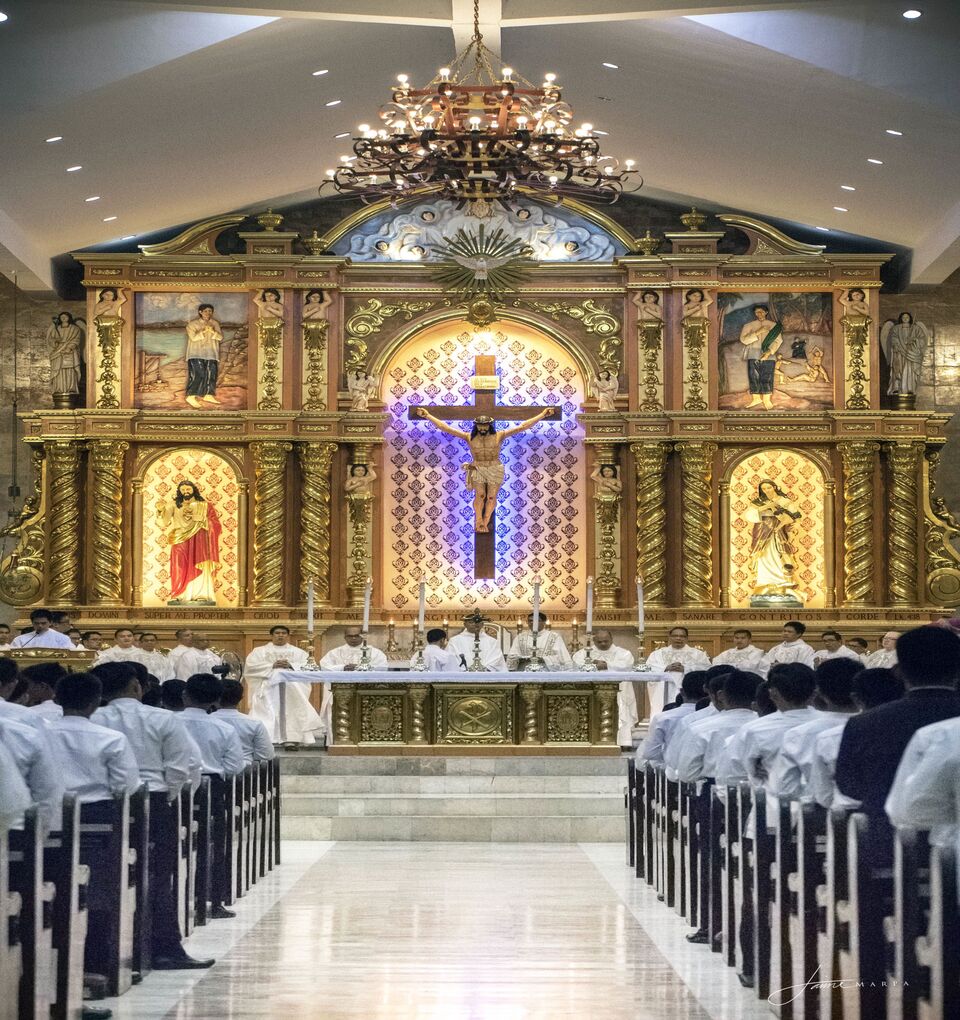 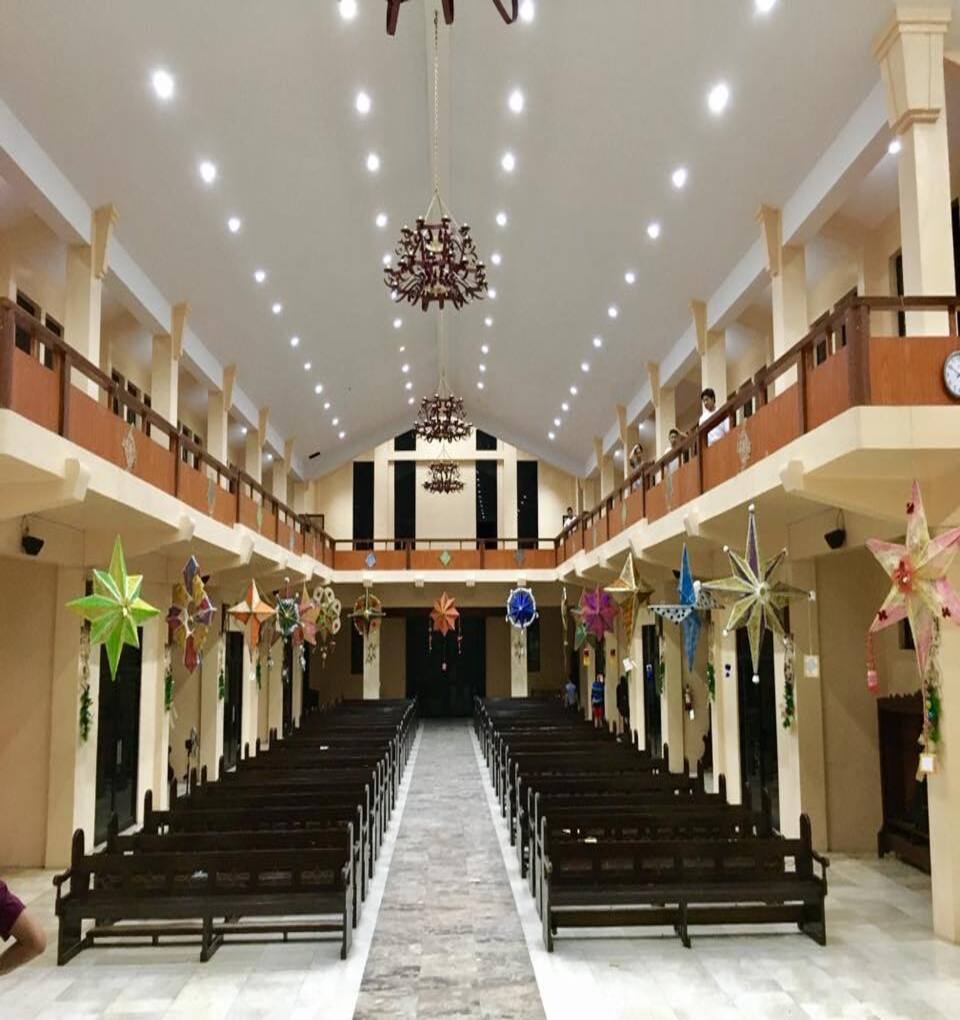 Is God calling you? Searching for what? Thinking about the Priesthood?

What are you waiting for? Apply for Admission now!

Is God calling you? Searching for what? Thinking about the Priesthood?

What are you waiting for? Apply for Admission now!