It’s all about Thrill, High Speeds
and Top Level Risk

Holy Child High School commits itself to the formation and attainment of a progressive and dynamic Christian Education rooted and founded on the Gospel Values through academic excellence and our various ministerial involvements. 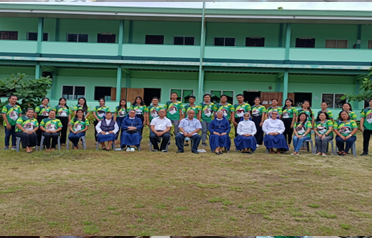 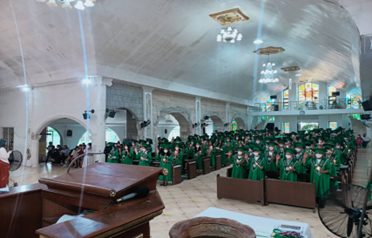 Holy Child High School envisions a community of Christ-like individuals who are globally competitive, service – oriented and responsible stewards who show compassion and love to those in need and rendering excellent service towards social transformation.

The year 1964 marked the inception of the historical existence of Holy Child High School founded by Rev. Fr. Cornelio Zabala. A person blessed with intellectual capacity, likewise, foresaw the dire need of Christian education among the youth of Villabanos, through the effort of Hon. Aurelio Veloso, together with the Municipal Officials formulated a resolution addressed to the Archbishop of Palo, the Most Reverend Manuel Salvador to set up a Catholic School as an exigency to the growing needs of integral Christian education in Villaba.

Furthermore, financial resources upon its construction were the most essential factors. So, affluent civic-spirited people of Villaba assisted in the formulation by contributing cash or in kind resources.

In 1971, Mrs. Lourdes Burgos, the first principal together with five lay teachers were employed in the school. Thereafter, the Daughters of Charity were invited by the Archbishop to administer the school. During this year that the construction of the 1st Annex building was constructed.

In 19744, Msgr. Adan Apostol was appointed as Director of the School. He designated Ms. Leonora D. Rosal as Principal. The number of enrollment increased rigorously so to accommodate the increasing number of enrollees other school facilities were actualized such as additional classroom, water system and playground.

In 1977, Fr. Ismael Hembra officially took over as the new Director. Two buildings were constructed during his time, the Library and the Principal’s Office.

In 1982, Rev. Fr. Oscar Lorenzo became the Director. His principle figured on behavioral and psychological clientage rather than school improvements. Collaborative and reciprocal partnership of employees and administration manifested in the astounding results of the NCEE.

In 1999, His Excellency, the Most Reverend Msgr. Pedro R. Dean, STD, DD officially appointed Rt. Rev. Msgr. Wilfredo V. Alejan, as the School Director. His foremost and prime concern was the integral education of both the academic and spiritual dimensions.

On June 1, 2003, the Religious Sisters of Mercy (RSM) took over as the new administrators upon the invitation of the Most Reverend Pedro R. Dean, DD. Sr. Mary Agnes B. Lumbay, RSM was designated as Directress/Principal. The Board of Trustees was organized and made functional. The Faculty Development Program encouraged more faculty and staff to attend in-service trainings in the field of specialization.

In its fourth decade of existence, Holy Child High School continues to commit itself to Christian education with emphasis on spiritual, academic excellence, community involvement and compassionate service. Since the school is a non-profitable institution still the school is in dire needs of assistance from the different benefactors and donors for sustainable development goals of the school as it earns confidence of the community it serves with the aim of producing quality students. 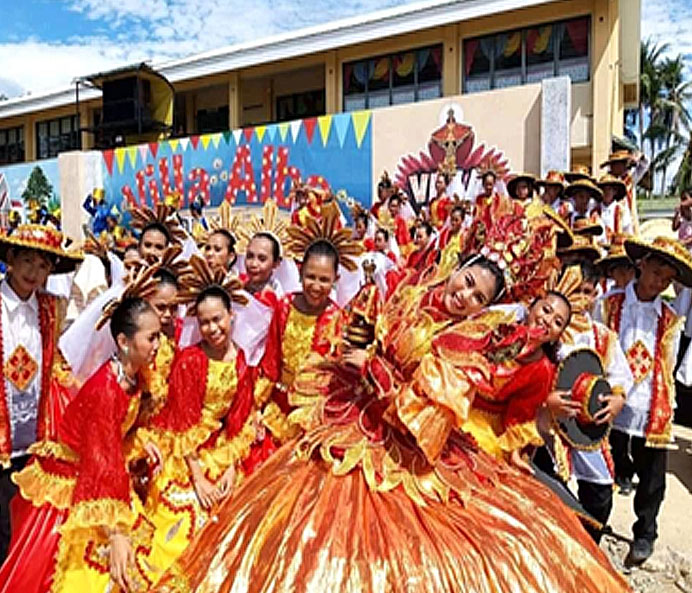 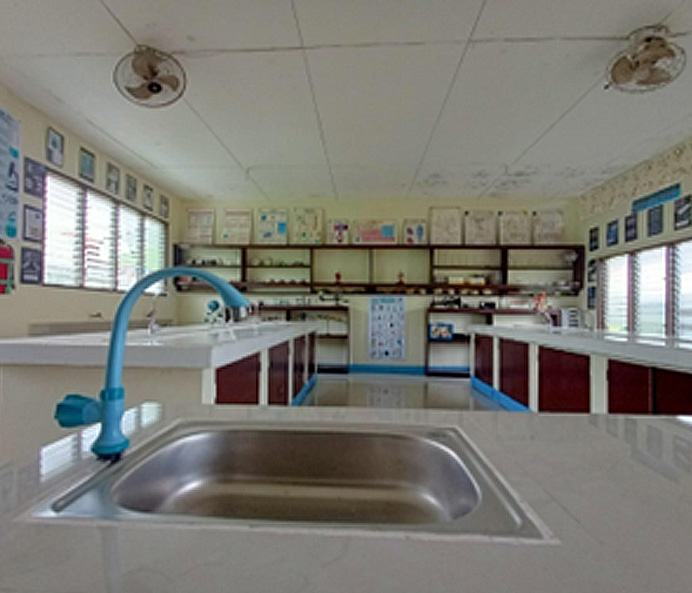 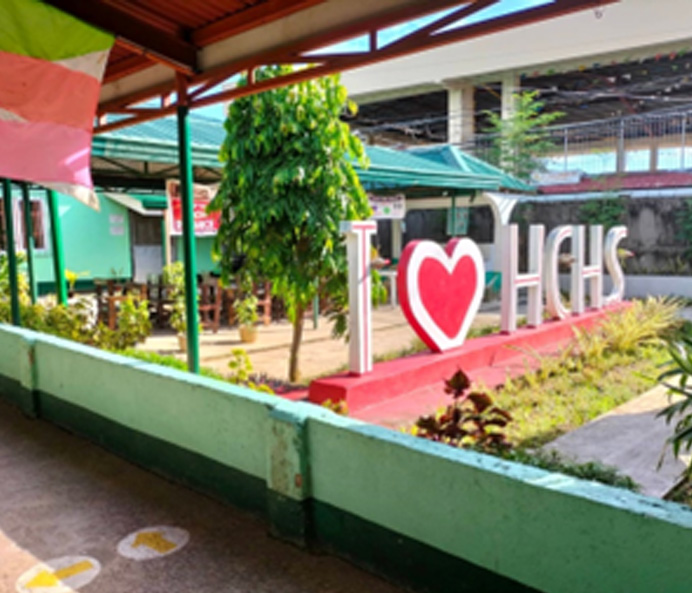 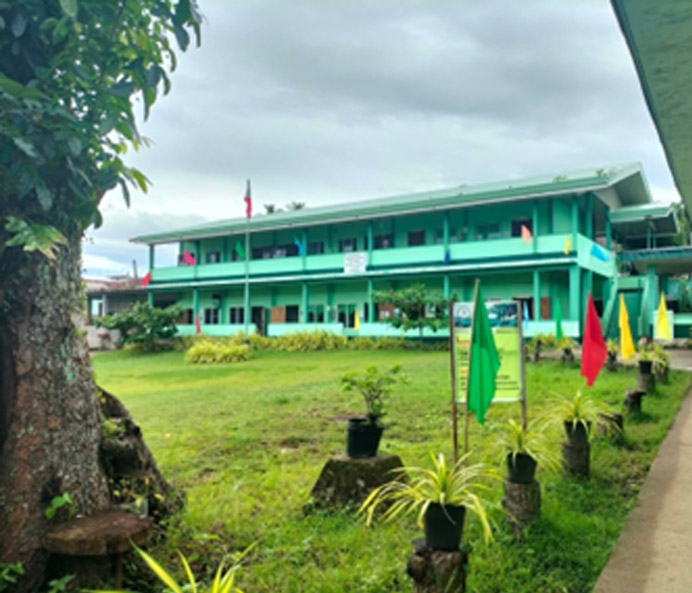 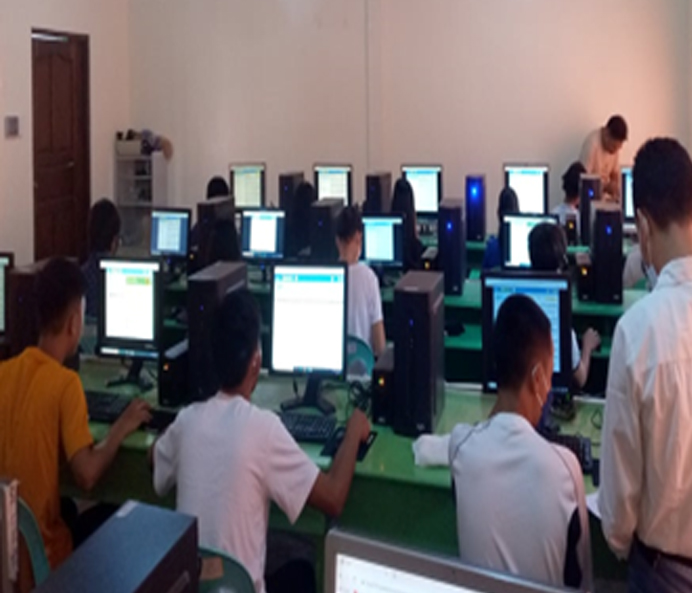 Holy Child High School envisions a community of Christ-like individuals who are globally competitive, service – oriented and responsible stewards who show compassion and love to those in need and rendering excellent service towards social transformation.